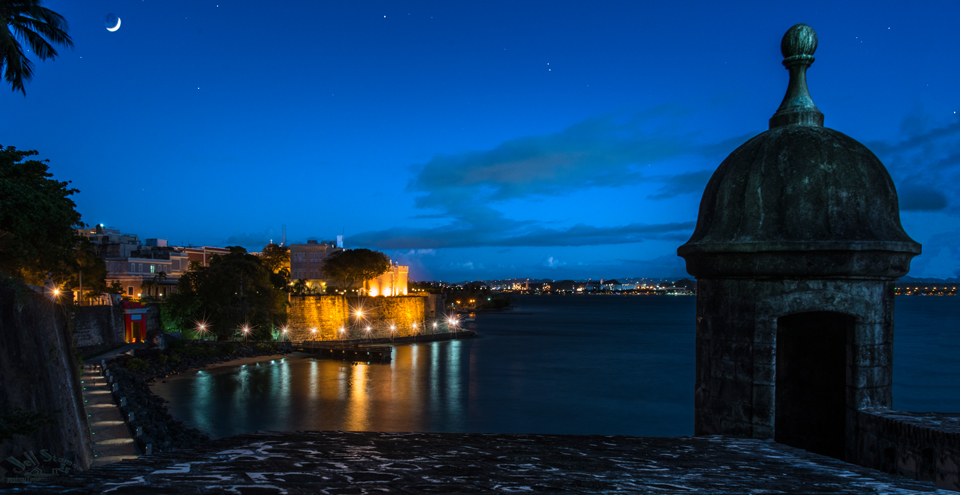 I don’t do a lot of street photography.  As a rule, I prefer to spend my time outdoors and do my best to avoid cities.  There are some exceptions, towns like Savannah, Charlestown and St. Augustine have a charm I certainly wouldn’t deny and I have spent many an enjoyable day photographing them.  Today, I’m adding another location to that list:  Old San Juan.

I’ve visited Old San Juan a half dozen or so times over the years, usually at the start or end of a cruise (over a million tourists cruise out of San Juan harbor yearly).  I had taken a couple quick tours and hit the highlights but that was about it.  However, earlier this month, a lovely young woman we’ve known for years had her wedding there and I found myself with nearly three days to explore and photograph the city.

First of all, an overview.  Old San Juan is known as La Ciudad Amurallada “the walled city”…understandable for a town surrounded by a 3.4 mile long wall that is up to 20 foot thick.  It was founded in 1521, by Spanish colonists who called it Ciudad de Puerto Rico (“Rich Port City”) and is considered the second oldest town in the New World. The city occupies the western side of a small island at the entrance of San Juan Harbor.  Thanks to decades of good zoning laws, you will rarely see a modern structure, in fact, as you walk the narrow streets and look up at the 400 exuberantly painted and carefully restored 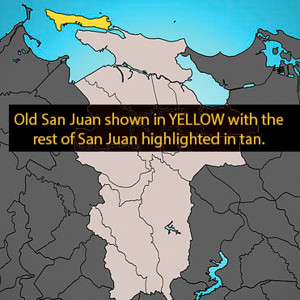 16th and 17th-century Spanish colonial buildings, it would be easy to think you had slipped thru a time rift and had been carried back a couple centuries. The city is pretty small (about 7 square blocks).  You can walk to nearly any spot in the city in 30 minutes.

As soon as I booked my flight, I started searching on-line for ‘photo tips’ and ‘photo locations.’   However, I was surprised by the lack of info available, so I’m writing this blog to help out future photographers who visit this exceptional city.

Sure, this Top 10 list is just my humble opinion and some might quibble over a couple of the selections but it will give you a great starting point for your exploration.  So, here’s my top 10 list (in no particular order): 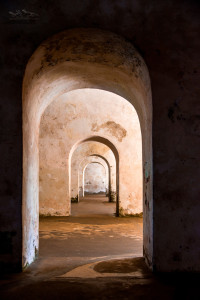 El Morro is part of the National Park system and entry is only $5.

That fee will also get you into Castillo de san Cristobal and your pass is good for a full week.

There is a lot to photograph here.  Cannons, flags, tunnels, a Victorian lighthouse…plenty to easily keep you busy for a couple hours. 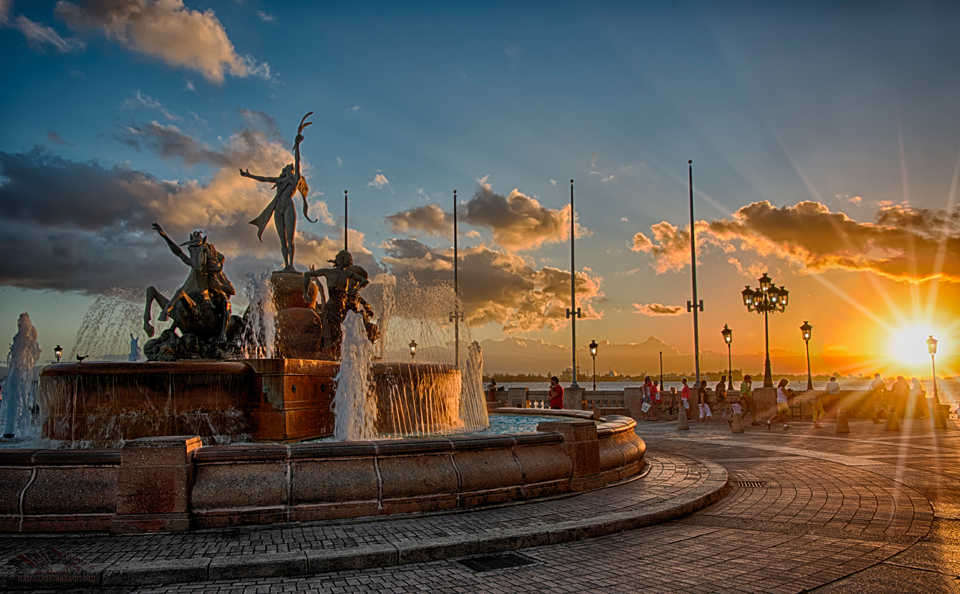 Second oldest cathedral in the New World and also the resting place the island’s first governor: Juan Ponce de León.  It may not be the largest or most impressive cathedral you’ll ever see, but there are some beautiful niches and stained glass.  Visitors can explore the cathedral from 8:30am to 4pm daily. 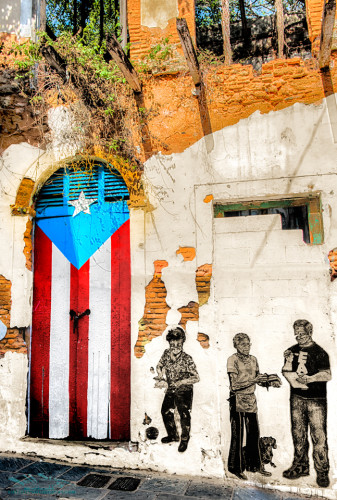 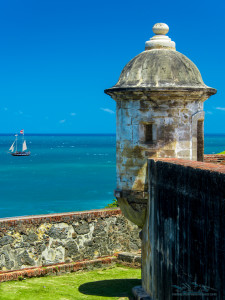 This is a huge field on the landward side of el Morro.  Originally left open so defenders could have clear fields of fire against attackers this expansive space is unique in Old San Juan.  On weekends, the skies over the field are filled with kites as the locals enjoy picnic lunches.  You can buy kites from vendors there and try it yourself!

Okay, okay, I know I promised just 10 locations, but there are many more wonderful photography subjects in Old San Juan…my advice is to just start walking and looking.  For example, a life-sized statue of famed Salsa composer Tite Curet Alonso makes a memorable shot (you can find him in the Plaza de Armas…it was actually his favorite bench!)

Even the streets themselves are interesting and subtlely beautiful.   They are paved with cobbles of adoquine, a blue stone cast from furnace slag.

As you wander around photographing the  colored buildings you will also find iguanas, street performers, dozens of feral cats and a cornucopia of other subjects for your camera!

1. Stay in the old city  If you will be there more than one night, find a room in the old city…NOT the modern part of San Juan.  Although the distance between the two is not significant, traffic can make it a long commute. Besides, you really get a chance to soak up the atmosphere if you stay in the old city.  My wife rented an apartment on a quiet street with a killer view on Airbnb for less than the cost of a ‘traditional’ hotel.  Seriously, find a place in the old city…you won’t regret it.

2. Don’t rent a car.  The city is full of narrow, one way streets and finding a parking spot can be impossible.  Besides, since the city is small, a reasonably fit person can cover it easily on foot…plus you just see so much more detail when you walk, if you were driving you would miss a lot of photo ops.

3. Hat, Sunscreen, Water, Walking Shoes  This is the tropics and the summers can be very hot.  Plus, the sun can be merciless.  My wife, for example, never gets sunburned, well, at least she never had until this visit to Old San Juan;) 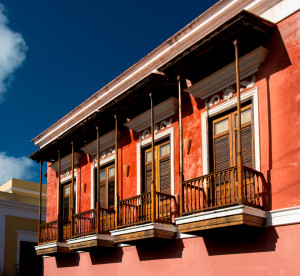 This is one location that you truly can photograph 24 hours a day.  Seriously. 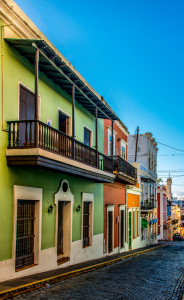 I hope you and your camera get a chance to explore Old San Juan soon.  Even if you are like me and your first love is landscape or wildlife photography, you won’t be disappointed!
Jeff