Last month my son and I got to spend a week in one of my favorite locales: Central California.

It was Ryan’s first trip there so I had the added pleasure of introducing a new generation to one of the Earth’s  most photogenic regions.

We flew into San Francisco and although Ryan and I usually avoid urban areas on our trips, this was an exception to that rule:  the City by the Bay is one of the most beautiful places touched by the hand of man. 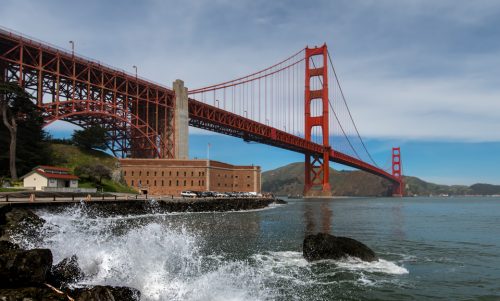 Toward the end of the day we headed over to Marin County to check out a sunset location I’ve wanted to see for years:  Rodeo Beach. On the way, I had to stop at Hawks’ Hill, which has arguably the best view of the Golden Gate Bridge

After the sunset we recrossed the Golden Gate Bridge and went back into town for some night shooting.

We welcomed the next sunrise at one of my favorite spots:  Pier 9.  The perspective of the Transamerica Tower from the end of the Pier is epic. 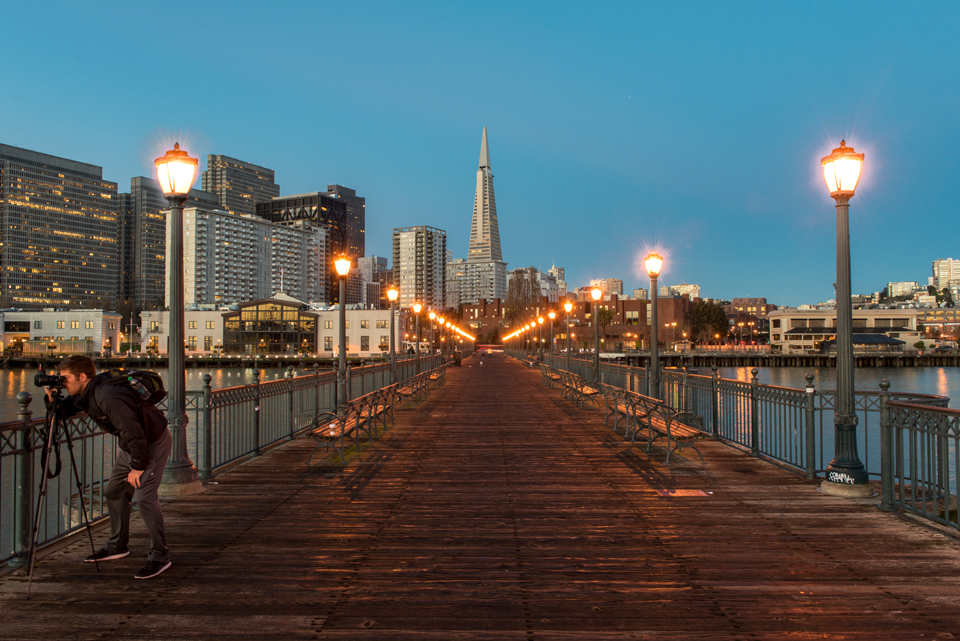 We said goodbye to San Francisco but not until we stopped for breakfast at Safeway (a west coast grocery store).  On our first day, Ryan had discovered the Breakfast Burrito at Safeway and that became his choice for the first meal of the day.  In fact, on our way to the airport at the end of trip, he made me stop at another Safeway so he could have one last one to eat on the plane:)

We spent a couple of days photographing the highlights of the California coast between San Francisco and Big Sur.  The spring rains had destroyed parts of the Pacific Coast Highway and we were unable to reach McWay Falls, which is one of the true highlights of the coast but even so, there was no shortage of amazing places to photograph.

Ryan wanted to see Sequoias, so we drove inland a bit and hiked in Big Basin Redwoods State Park. 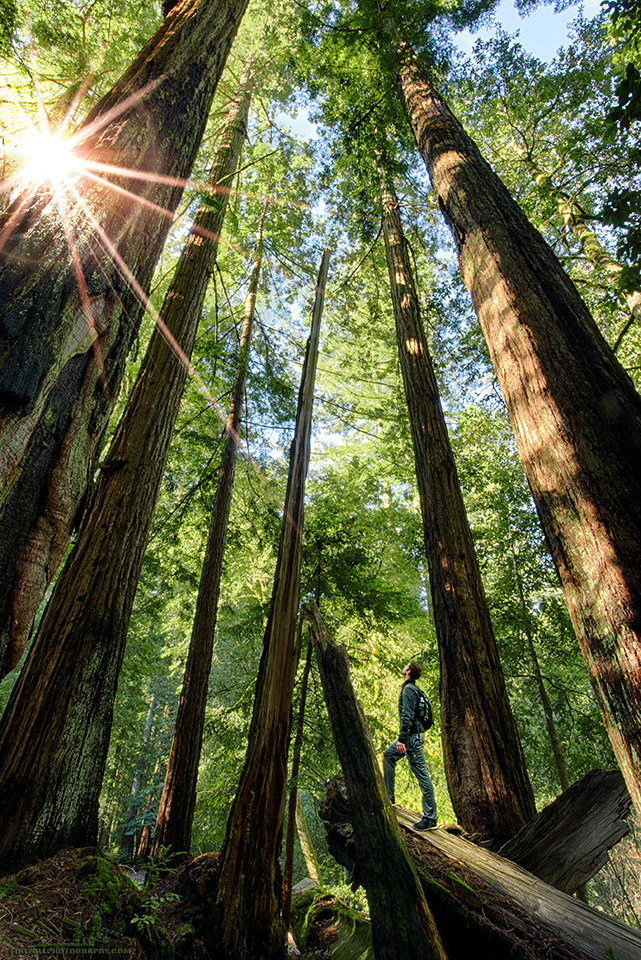 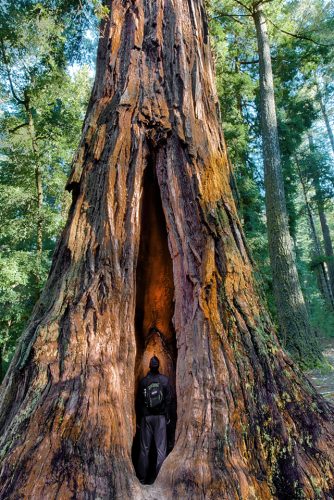 Boy, did he see Sequoias!

If you have been reading my blog for a while, you know I adore otters.  Well, central California has one of the premier locations to photograph Sea Otters: Elkhorn Slough near Moss Landing.

I shot over 1700 frames in about two hours there….the image above was my favorite of the bunch.

At the very northern edge of Big Sur is Garapatta State Park.  This occupies a strip of land along the rocky shore that includes an embarrassment of breathtakingly beautiful coastal views…whether you shoot at before sunrise:

or during a mid-day fog:

We also had a chance to hike thru Point Lobos State Park which has a lot of incredible terrain packed into a condensed sliver of heaven:

We weren’t the only ones enjoying the park,  We ran into a local painter right after sunrise who was painting a stunning location called China Cove:

After a couple short days on the coast, we climbed in the rental car and headed east across the Central Valley with our sights set on Yosemite, the highlight of our trip.  I had sung the praises of Yosemite to Ryan for years and I was curious if he would feel the same or decide that I had over-hyped it.   As soon as we entered the park I took him straight to the park’s most magnificent vista:  Tunnel View:

Ryan took a long look, grinned, slowly turned to me and said my praise had been severely understated.

We spent three days at the park.  Sleep wasn’t an option.  We were up well before dawn so we could photograph the valley illuminated by the full moon…

Once the sun was finally up we kept at it until it was dark again…we photographed the valley from dozens of perspectives,

We hiked quite a bit…our favorite of the trip was the Mist Trail.  This hike provides the novel experience of climbing up steps cut into the rock alongside Vernal Falls all the way to the top:

The trail is well named and we got happily soaked.  Plus the snow and ice on the steps made the climb, well, let’s say it was entertaining at times;)  I was actually getting kinda proud of myself since it’s a challenging trail and I’m not exactly a teenager…but then a lady in her 70s passed me on the trail with her two grandkids….needless to say, I was appropriately humbled.

We made our way up to Nevada Falls where we conducted our traditional snowball fight (sorry, but when Floridians actually see snow, you can’t expect anything less).  Later that day back at camp we relaxed and soaked in the view (and a few brews).

I think we could have spent the rest of the trip in that spot.

The remaining days passed far too quickly.  However, there is no doubt that we will return again to enjoy the magic that is Yosemite.