I’ve always enjoyed looking at photographer’s ‘top ten’ shots of the previous year.  What I never truly appreciated was just how difficult it is to cull down a year’s worth of labor into only ten moments…it was painful!  I had to bring my wife in to help me make the final decisions and while we did get the list down to ten, we gave up trying to rank them.  So, here is my/our first effort (in random order): Hope you enjoy! 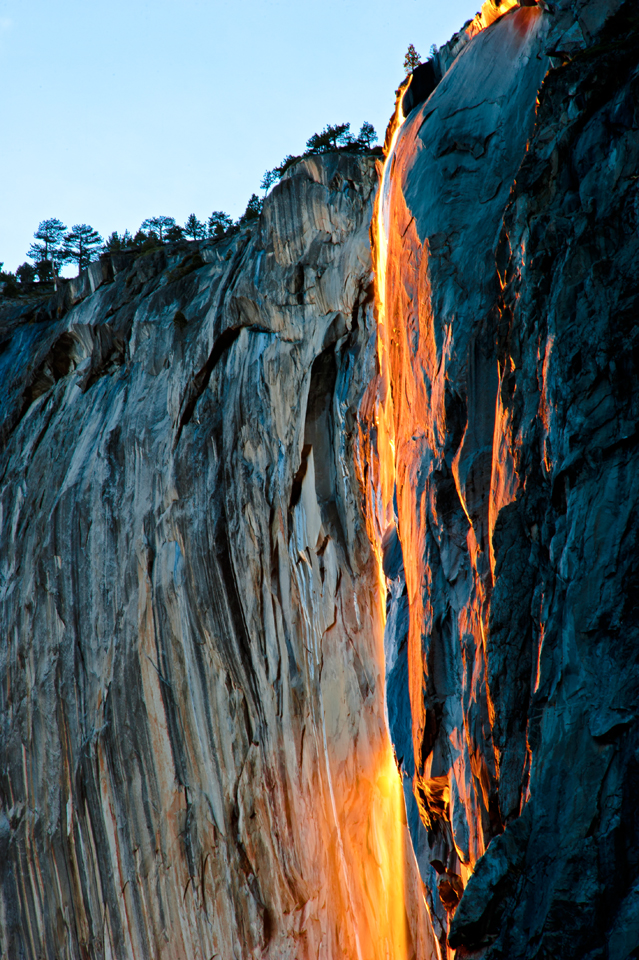 This shot is the namesake of my website and one of my first published pieces.  I had preplanned to be in Yosemite during the short window when the ‘Firefall’ phenomenon occurs in February, but I was just plain lucky that the weather also cooperated.  The fading sunlight backlighting this ephemeral little waterfall off the side of El Capitan really makes it look like it is ablaze!  It is one of those things you just have to see to believe…you stand there in wonder forgetting to hit your shutter. Put it this way, landscape photographers (as a rule) aren’t honestly the most outgoing and spontaneous of people, but on this evening, when the firefall faded away, the dozen or so photographers capturing this scene actually broke out into applause.  An incredible evening…one that you don’t forget. 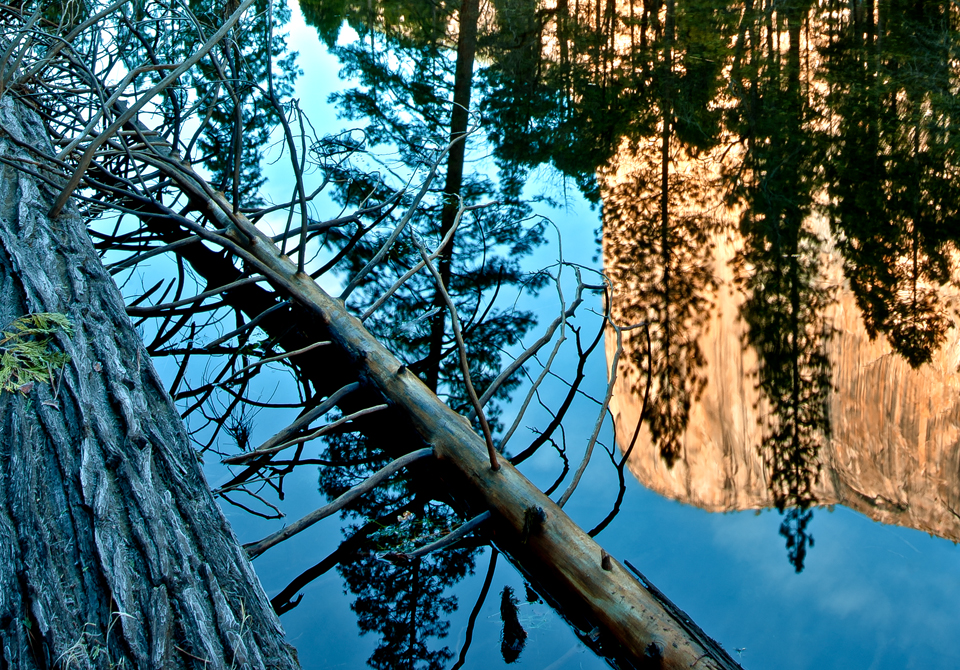 Okay, well we didn’t rank the shots, but this might really be my favorite:)  I can’t tell you how many shots I’ve taken of Yosemite, but this one speaks to me in a way that is unique.  El Cap reflected in the perfect morning stillness of the Merced River. 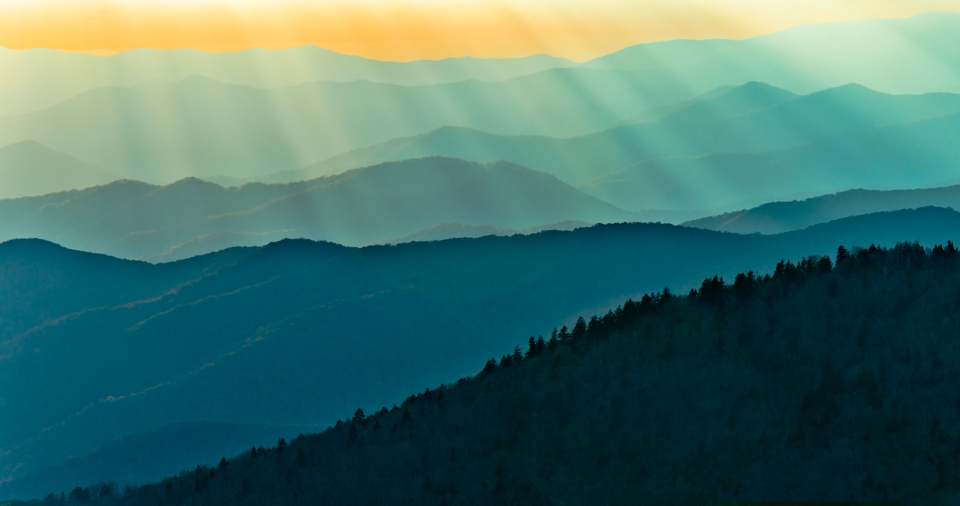 I love this shot of the Smokies…but it isn’t dramatic and its subtlety might be lost on some.    To me though, these ‘godray’s filtering down on the misty ridges of the Smokies truly capture the essence of this magical place.

If I had seen this shot a year ago, I wouldn’t have believed that the location was less than ten miles from my home!  One of the things I most appreciate about photography is that it forces you to look a the world differently and more intently.  Sometimes, it helps you ‘see’ things for the first time, even if they have been right in front of you for years. 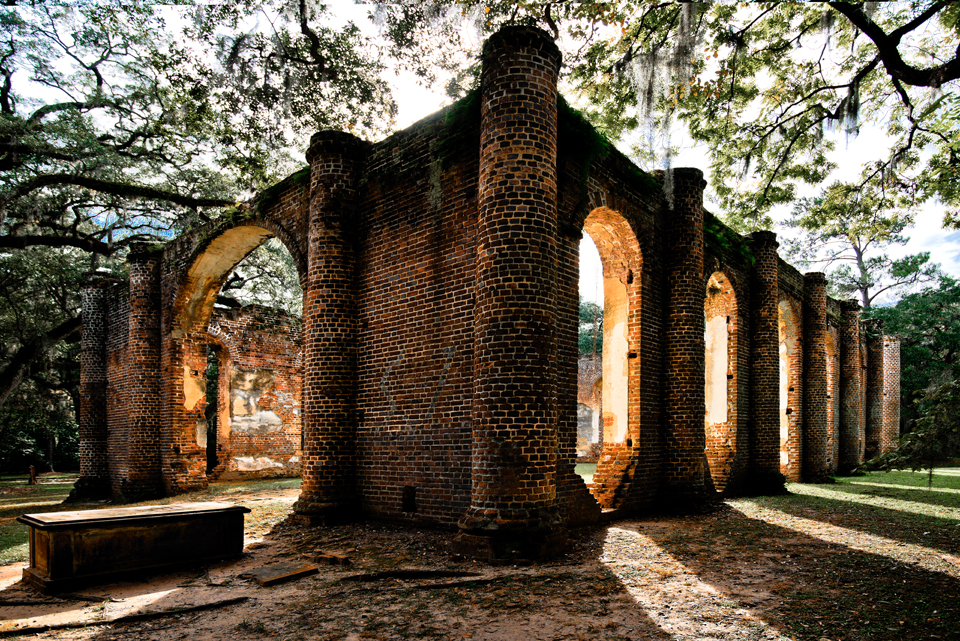 It’s a mantra to me that great shots are the result of planning and preparation.  This one was an exception to my own rule.  My wife and I stopped by Old Sheldon Church on the way to Charleston after a suggestion by a new friend.  We just happened to get there in the mid-afternoon when the sun was barely high enough to stream thru the ruins but not so low that the light was blocked by the massive live oaks. 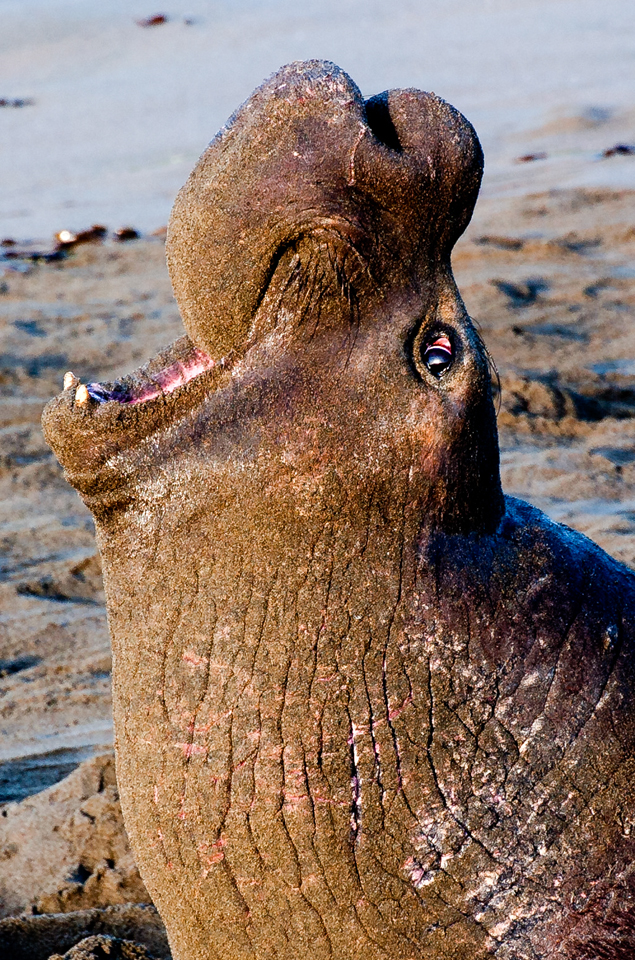 I was surprised that only two wildlife shots made in into my top ten this year but this one certainly catches your eye!  The elephant seals at the rookery just north of San Simeon are impressive (and LOUD). 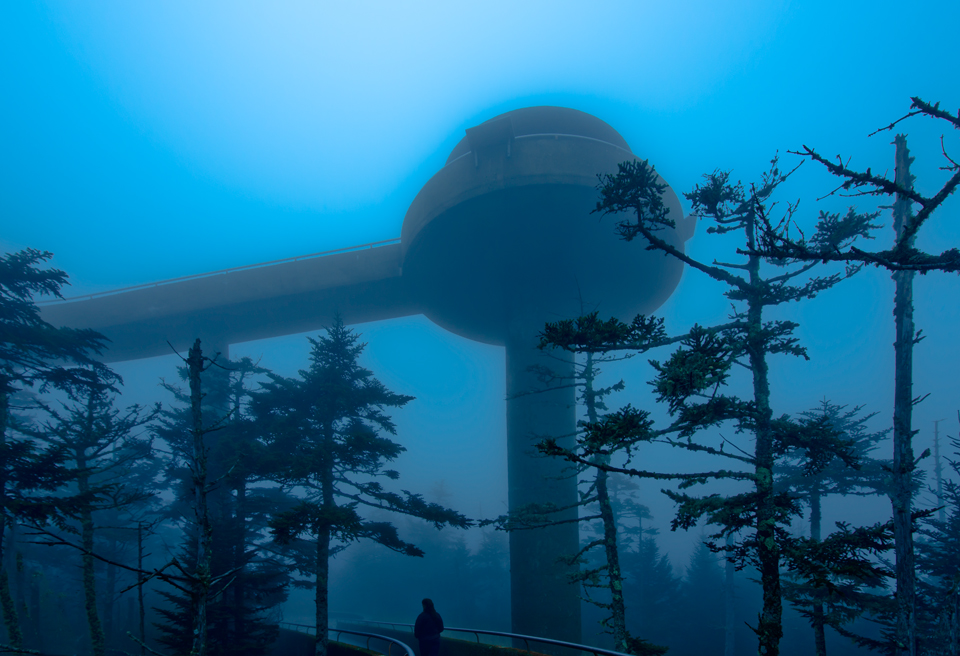 “Take me to your Leader”

Clingman’s Dome in the Smokies is an unparralled location for sunrises and sunsets….sometimes.  I made the long drive up to the ‘dome’ four times during my trip there last fall, and with a single exception, the peak was fogged in every single darned time I got there.  It was insanely frustrating.   Oddly enough, this shot of my wife Anita turned out to be one of my favorite shots of the year:  because of that fog.  Sometimes, you just have to put aside your ‘pre-visualized’ shots and go with the moment. 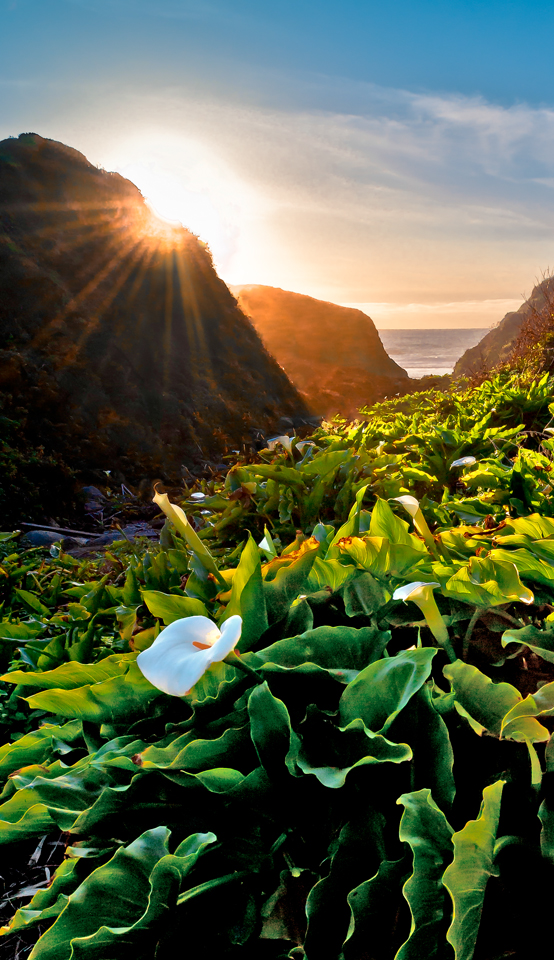 Evening in the Valley

As you crouch in this little valley among the Calla Lillies in Big Sur, would you really be all that surprised to see a Hobbit somewhere in the viewfinder? 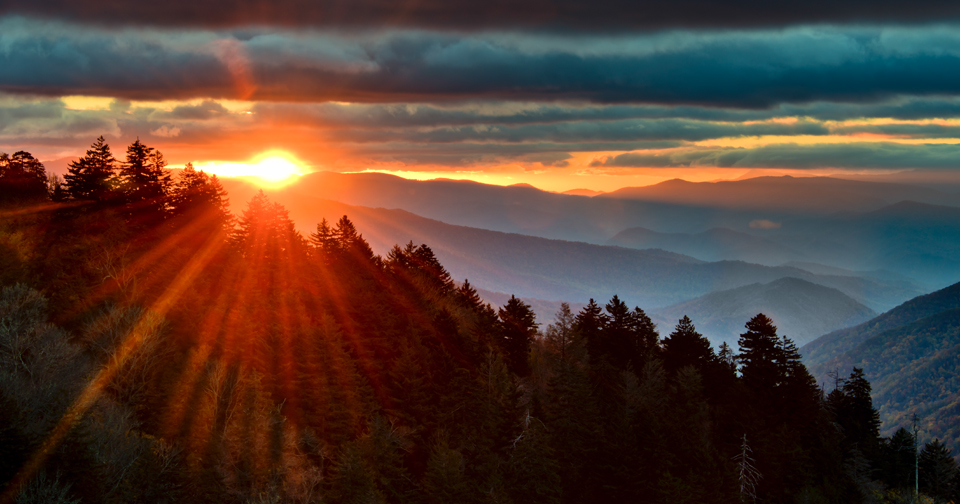 Possibly the most impressive sunrise I’ve ever witnessed in the Smokies.  This sunrise just exploded out of an overcast sky for a couple of brief moments.  I was ecstatic that I hadn’t packed it in and headed back down the mountain like most of the photographers who had gotten frustrated by the cloud cover. Just Glorious. 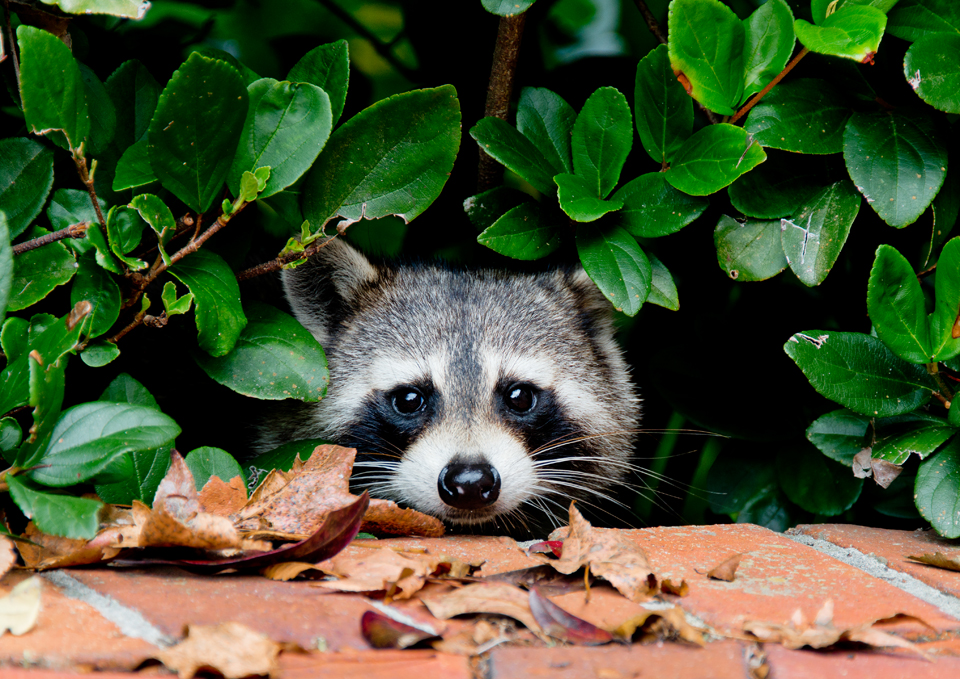 When my typically non-expressive teenaged son looks at a shot and says: ‘That is incredibly precious’, I know I’ve got something good!   This little fella showed up at my house on Thanksgiving looking for goodies.

So there you have it…my best of 2012.  Wow…it is wild to take an entire year and reduce it to just ten images…kinda puts things in perspective.  Anyway, enough retrospection: On to 2013!