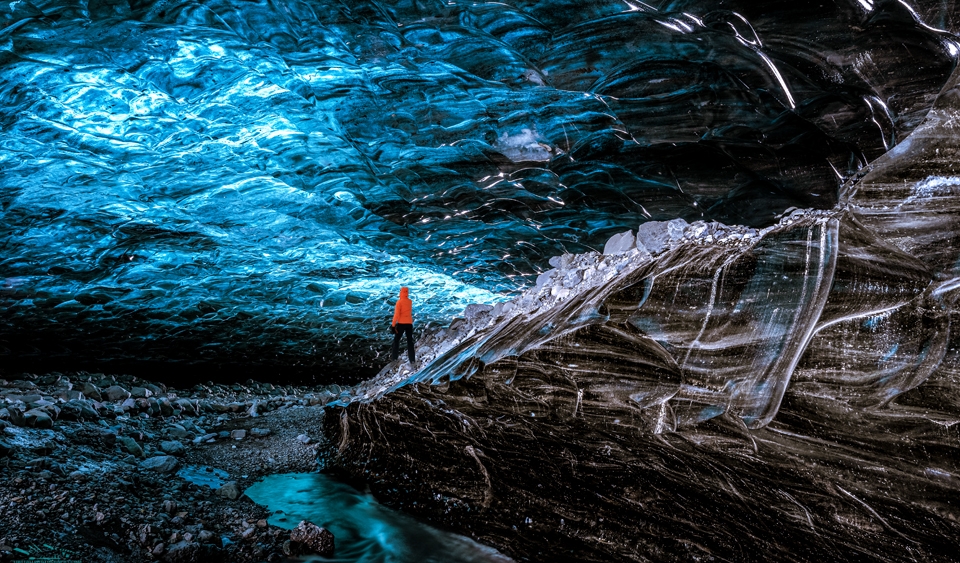 Of all of these, Ice Caves were the ones I most looked forward to seeing during my first trip there years ago.  I’d never seen, much less photographed an ice cave. Plus the images I had seen were spell-binding: so I fully admit that my expectations were thru the roof.  To be honest, I was half-expecting to be disappointed.

What can you say about a scene like the one above?

It. Is. Epic.   The color, the texture of the walls, the sheer scale.  I was awestruck.

Since that first time, I’ve been back to photograph the ice caves a number of times and I can tell you that the thrill never dimishes. Plus, unlike most landscapes that don’t really change much year after year, ice caves often don’t survive from one year to another and even if they do, they often morph into something completely different. So every time you go, it is new, different and exciting!

So first of all, don’t write down the names of the caves mentioned in this blog with the intention of photographing the same one. It is probably already gone, but there will be others for you to see just the same.

Many of the most photogenic caves are located a good distance from Rejkavik. Many of them are in the southern or southwestern part of Iceland in the huge glaciers that are found in these areas. Actually all the caves are Glacier Caves (to be technical about it). You have to drive/hike out onto some truly vast glaciers to get to them.

Sometimes, the entrance is nothing more than a small crevasse (see below)…

They come in all shapes and sizes.  Some of them were so small they can only fit four people at a time, others were so immense you could easily drive two Abrams tanks thru them side by side.

The GTI Ice Cave (also known as the Blue Cave) was the smallest I’ve been in.

On the other hand, the Anaconda Cave was the largest…maybe a hundred feet across at the entrance and a ceiling easily 50′ at its highest point. Some of these caves are truly immense and impressive.

There was a stream running through the cave as you can see behind the figure in the photo below.  As it turns out,  it is the glacial meltwater that carves out most of these caves.

The Black Diamond (below) was another substantial cave.  The ‘dimpling’ of the top and sides of the cave near the entrance were dramatic and insanely photogenic:

Most of these glacier ice caves are only accessible during the winter between November and late March.  There are a couple of exceptions but by April, the warming temperatures make many of them unstable and dangerous.

When a glacier has been compressed beneath its own weight for hundreds or even thousands of years, the air bubbles are forced out resulting in ice so thick, dense and old that it absorbs every color in the spectrum except blue.  Sometimes, sunlight shimmering through the transparent ice makes it look like a deep blue quartz crystal.

The only thing I regret about Ice Caves is that I spend all my time taking photos and never fully experience the caves.  Maybe next time I’ll visit without a camera.  Yeah well, that’s never gonna happen.

Shoot with a wide angle lens.  Most of my shots were taken at 14mm on a full frame camera

PS:  I’ve been on tours operated by Arctic Exposure and I highly recommend them. They aren’t cheap, but nothing in Iceland seems to be. On the other hand, this might be a once-in-a-lifetime experience…do it right! 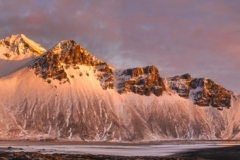 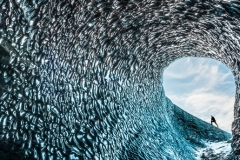 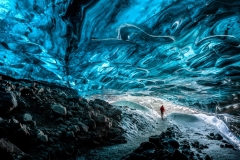 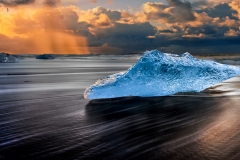 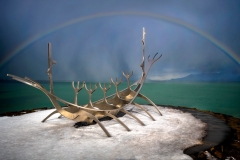 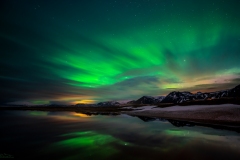 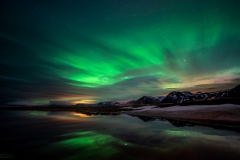