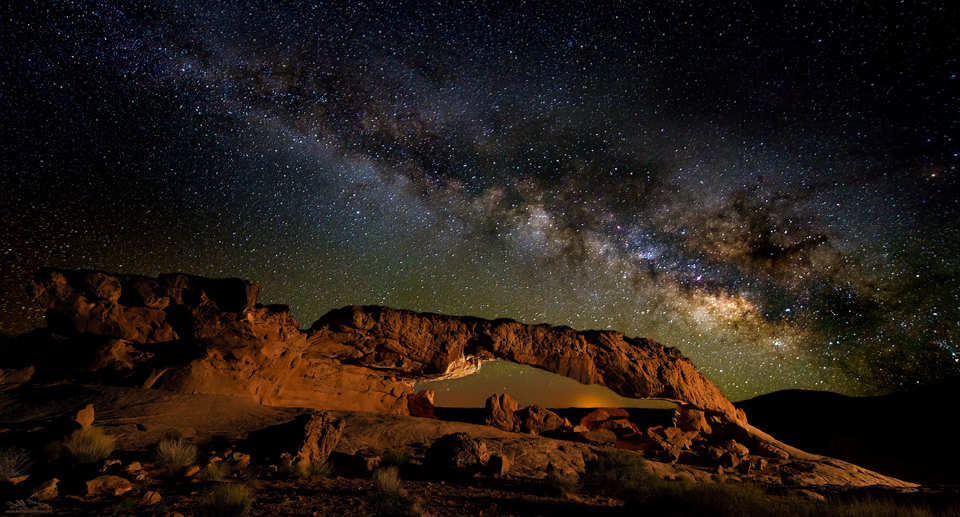 If Thor had casually tossed his anvil aside in Asgard, I think this is what it would look like to one of us mere mortals. Actually, this is Sunset Arch located in Utah's Escalante Staircase National Monument on the south slopes of Fortymile Ride. Sunset Arch is a delicate, graceful span of Navajo sandstone that dramatically emerges from the desert sands. Strengthened and stained dark by iron and manganese oxides, it is a spectacle that contrasts dramatically with the Milky Way that casually matches its curves as it rises above the horizon. The dull glow under the arch are the lights of Page Arizona nearly 200 miles to the south.

When my alarm went off at 11 pm in my cheap hotel room, it took me a couple of moments to remember why I was getting up at an hour when many folks were just going to bed. I suppose the reason really depends on who you ask…my wife would tell you that I’m an “obsessive photographer”. My perspective, on the other hand, is simply that I’m a “dedicated photographer”. Either way, I had a two-hour drive and then another hour of hiking ahead of me, so I got up, nuked my oatmeal and coffee, and fired up the rental car.

The target was Sunset Arch. This large, graceful span of photogenic Navajo sandstone is located in an isolated expanse of desert in the Escalante Grand Staircase National Monument. Sunset Arch is a killer location for sunsets (as the name would suggest) but I had seen some night shots of it under the Milky Way that really impressed me and I wanted to try my hand.

I knew from my Photopills app, that the Milky Way would be at a low angle that would perfectly compliment the arch’s curve that morning. But due to the earth’s rotation, the Milky Way would only be in the right position for a short time with the ‘prime time’ being 2:30 am. So I did the math and that’s why I was rocking down Hole in the Wall road at ‘o-dark thirty.

The 36 miles of washboarded hell that is Hole in the Rock Road was a rude 90-minute start for my day. But finally, I turned off onto Fortymile Ridge Road which was only 4 miles from my trailhead (Coyote Gulch)… so I thought another 15 minutes…right? Nope! Fortymile Ridge Road made Hole in the Rock Road look like an interstate. It took me a half-hour to cover those 4 miles.

On the other hand, the hour hike across the desert to the Arch was noneventful. Even though there isn’t a trail of any kind, My AllTrails app and headlamp allowed me to navigate easily even in the pitch black, and by 2 am I was there.

It was hard to resist the urge to immediately set up my tripod and start shooting. But Sunset Arch is pretty darned big which allows a lot of possible camera angles. So I forced myself to carefully walk around and review every viewpoint I could imagine. I really wanted a composition that included the Milky Way from a perspective that complimented the arch. After deciding on the best spot, I set up my tripod, fine-tuned the composition on my LCD, and got to work.

I’ve come to appreciate that foreground illumination is the most decisive element in determining how attractive a night image will be. Unlike most of the techniques involved in night photography, this is the part that I can’t methodically work through by using a checklist. Lighting takes creativity and, for lack of a better phrase, you need a bit of an ‘artist’s eye’ to get it right. In my personal case, this doesn’t translate to a quick process. I spent the better part of an hour experimenting with my lighting before I came up with a solution I was happy with. Specifically, I ended up with:

With my composition and lighting set, I took a series of shots for the Milky Way image and then a long exposure of the foreground. Later I would combine all of these shots to create my final image (shown below). For a full description of the whole process for making Milky Way photos, see my detailed how-to blog by clicking here.

By now, it was after 3 am and I had only another hour of good Milky Way photography left before the skies started to lighten. Originally, I had hoped to also shoot at a location near Dancehall Rock, but that was out because it was too far away. I also considered trying another shot of Sunset Arch from another perspective, but frankly, none of them really excited me. So I decided to try Moonrise Arch instead.

Moonrise was another arch I’d read about in my pre-trip research that was supposed to be only about 300 yards away. It isn’t a popular location for photographers. I’d only seen a couple of unimpressive photographs of it online but ‘nothing ventured, nothing gained.’

Even though its location was clearly marked in my AllTrails app, the terrain got rough and I did manage to get off track a bit. Despite my ‘detour’, I got there pretty quickly. But once there, I looked around and quickly saw why Moonrise isn’t big on Instagram.

Unlike Sunset Arch, which is photogenically elevated over the desert floor with its huge arch framing a distant horizon, Moonrise has a really narrow arch that is nestled on the edge of a ridge that doesn’t easily lend itself to the southern-facing compositions that are required for Milky Way shots.

A bit of contortionism and creative tripod placement resulted in a decent perspective that included the Milky way and used Moonrise’s ridges as leading lines. The final result probably won’t be featured on the cover of National Geographic, but with all modesty, I think it is as nice a night shot of this arch as any I’ve seen.

I wrapped up after 45 minutes and started the hike back. After a few minutes, I noticed that there was a light in the distance that seemed to be in the same direction my GPS was taking me. Over the next hour, as I trudged through the sand, I became convinced that the light must be at the top of a water tank that was at my trailhead.

At first, I thought that it was great having a ‘target’ to walk toward in the dark. But as I got closer, I got a bad feeling in the pit of my stomach that maybe what I was seeing were the parking lights on my car. Closer and closer I got and soon I could tell for sure that the lights WERE on a car. There had been a couple of vehicles in the lot, so it didn’t mean it was My car. But a few minutes later I reached the trailhead and damn, it was MY car.

I checked my watch and saw that I had been gone for five hours. Somehow I had managed to set off on my hike and leave the parking lights on. Maybe I had been in a rush to start, or I just wasn’t familiar with the rental car controls, but the reason didn’t really matter. My mind raced as I considered my options if the battery was dead and I found myself stuck in the middle of nowhere.

I opened the door, whispered a little something under my breath, pressed the start button, and….the engine immediately turned over!

So after allowing a few moments for my heart rate to return to normal, I congratulated myself for a productive morning with two solid Milky Way shots under my belt and NOT getting stuck in the middle of the desert in a car with a dead battery. Contented, I set off down the crappy road.

As I approached Hole in the Rock Road, the sun rose and lit up the Straight Cliffs. Also known as 50 Mile Mountain, the Straight Cliffs are a continuous mountain range of stacked sandstone that parallels Hole in the Rock Road. The view was breathtaking. Not really photogenic….just expansive and impressive…one of those moments that overwhelm you a bit. But words are just words, perhaps a picture does a better job:

My next stop wasn’t truly a photo location. It was simply an indulgence for my inner child.

See, I’ve loved dinosaurs since I was a kid and there was a spot nearby that actually had dinosaur tracks. I’d never seen a real dino footprint and I couldn’t pass by the opportunity. So off I was to the Twenty Mile Wash Dinosaur Track Site.

I’d found a U-Tube video that showed me where to look for the prints. Sure enough, within 10 minutes of my arrival, I was looking down at this:

A bit of water in the footprints helped them photograph well, so I had some fun.

My imagination is a slippery thing…just does what it does…

Anyway, after a couple of hours of fun, I headed back toward Escalante for a bit of sleep before setting off to what would be my favorite Milky Way location of the entire trip, but I’ll save that for my next blog, 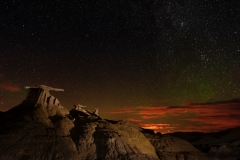 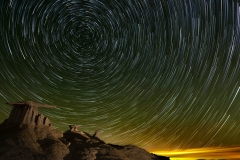 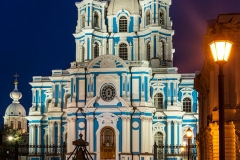 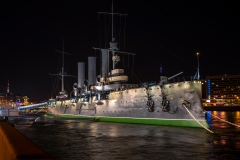 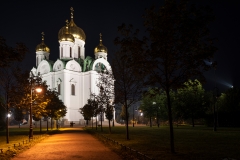